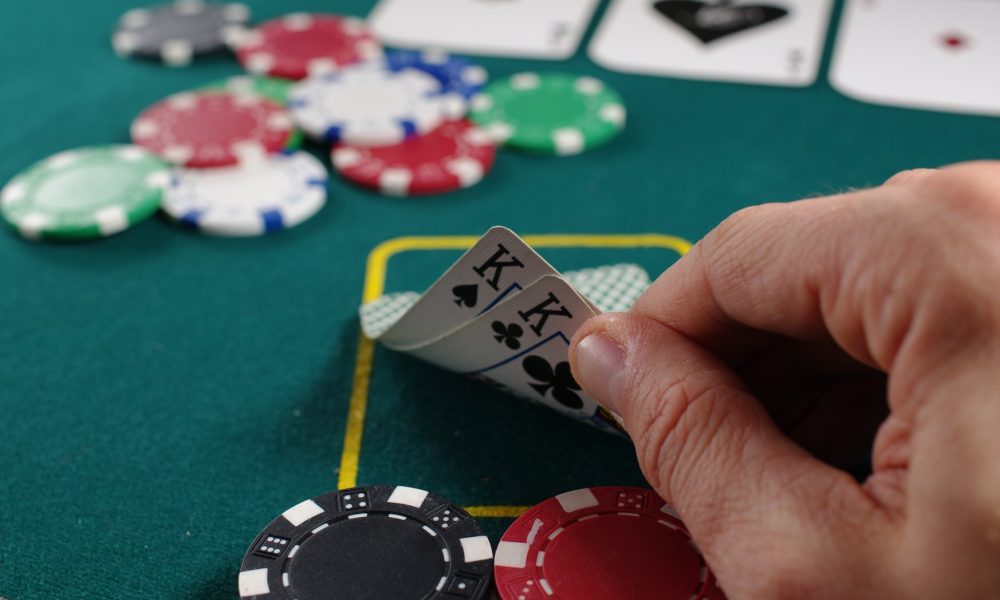 The popularity of poker is constantly growing; the game has more and more fans all over the world, including many famous football players. Players not only play this game of chance but also sign advertising contracts, becoming the face of one or another playground. In this review, we bring to your attention 9 of the most avid poker fans among famous football players. Some of them play at the best casinos in the KiwiGambling rankings and tp lists. Check out their achievements so far.

One of the best defenders on the planet has been a poker fan for a long time, but unfortunately he doesn’t manage to spend much time playing the game. The fact is that online poker is banned in Spain, and Gerard does not have the opportunity to constantly participate in live tournaments. After all, football ranks first in his life. However, Piqué occasionally appears in poker tournaments. A couple of years ago in Barcelona, ​​he took 3rd place and received almost 41 thousand euros in prizes.

And more recently, Piqué participated in the biggest stage of the EPT series. He was not called up to the national team due to disqualification, and Gerard took advantage of this. He could not enter the prizes in the main event, but in the high roller tournament (entrance fee of 10,300 euros), he took 19th place, after having received a little over 21 thousand euros. In addition, Piqué fought on an equal footing with real poker stars such as Evgeny Katchalov, Jason Mercier, Daniel Negreanu and Ole Shimon.

In 2010, Imperator signed a contract with Party Poker and became the face of this room’s advertising campaign in Italy. Totti himself commented on the conclusion of the contract: “In my football career, I have often found myself in difficult situations. In these cases, patience, prudence, and confidence in victory have always helped me. All of these qualities are also important to a poker player. I also enjoy playing poker. “Finally, Francesco noted that sports and poker have a lot in common. As a member of the Party Poker team, Totti participated in the World Poker Tour (WPT). Even before that, he played in a charity tournament, the proceeds of which went to help those affected by the earthquake.

He is another living legend of Italian football who spends part of his free time at the table. It all started with a charity tournament, after which Gigi fell in love with poker with all her heart. He started out as an unknown online player. When he achieved some notable victories in online tournaments, PokerStars invited the goalkeeper to become a sports brand ambassador. Buffon agreed and has since appeared in offline tournaments, although it is clear that with his schedule there is very little time for them. The Juventus star does not rule out that at the end of his football career he will focus on playing poker. And if you want to follow Buffon’s brilliant example, you should be very selective at the online casinos where you play. You can find the latest reviews here and choose your perfect online betting platform.

This living legend said that he played poker all the time he played football even between matches or practices. Lothar’s favorite game is Texas Holdem, but the football player also noted that poker is just a hobby. Although the top coach did not come out as the best football player, he is still sued on television and continues to work on the Sky Sports channel. Most likely he still plays poker with friends and maybe participates in some tournaments.

Popularly known as O Fenômeno is the official ambassador of Pokerstars’ largest poker room, participating in live PokerStars “Team PokerStars SportStars” tournaments in the Latin American poker market (in Brazil and other countries). This fact is confirmed by the signing of an official contract. Other than that, it’s the face of the PokerStars brand, participating in advertising campaigns.

The poker boom also caught up with Cristiano himself. Ronaldo plays online as CR7sete. He has been seen several times at the Full Tilt tables playing pot-limit Omaha sessions against his friends, who are the best players in the room, such as Patrik Antonius and Daniel Cates. Ronaldo also played against Antonius in heads-up at $ 25-50 limits, but already in no-limit hold’em. In addition, the Portuguese won more often than the Finn, who raised about $ 4.5 million in the tournament and much larger amounts of cash during his career.

Twenty years ago, he was recognized as the most valuable player in the Premier League by both teammates and journalists. After stopping an incomplete career as a coach, Sheringham is now raising children, playing golf, acting as a television expert and, as always, in no hurry to get anywhere. On April 2 he turned 56 years old. In addition, Sheringham began her poker career, traveled around the world, and participated in many tournaments. Teddy’s biggest live win was € 93,000 on the Vilamoura European Poker Tour. The total profit mark on Teddy poker is about £ 440,000.

The total net worth of the famous Irish striker is over £ 700,000. Cascarino even wrote an autobiography in which he said he was passionate about gambling. In the grand final of the 2009 British Poker Tour, Cascarino received £ 168,800. Athlete is extremely selective for online betting sites and only gives preference to safe and reliable online casino sites of OnlineCasinoGo rankings.