Trending Now
BetMGM says it hopes to launch online poker...
Online Poker | win2day.at: Es wird gejagt –...
review of the slot of the charming Far...
“I was shocked and asleep when I found...
The DOJ claims that Steve Wynn acted as...
Casinos in Saxony 2022 – was ist erlaubt?
Starting next weekend, the XL Spring Series on...
MicroMillions tournaments arrive on PokerStars, 128 low buy-in...
Selouan shines in another $ 25,000 SHR; Add...
Triton Poker Series Madrid, the € 50,000 NLHE...
Home US Poker Adrian Mateos wins the EPT Monte Carlo SHR for € 1,385,430 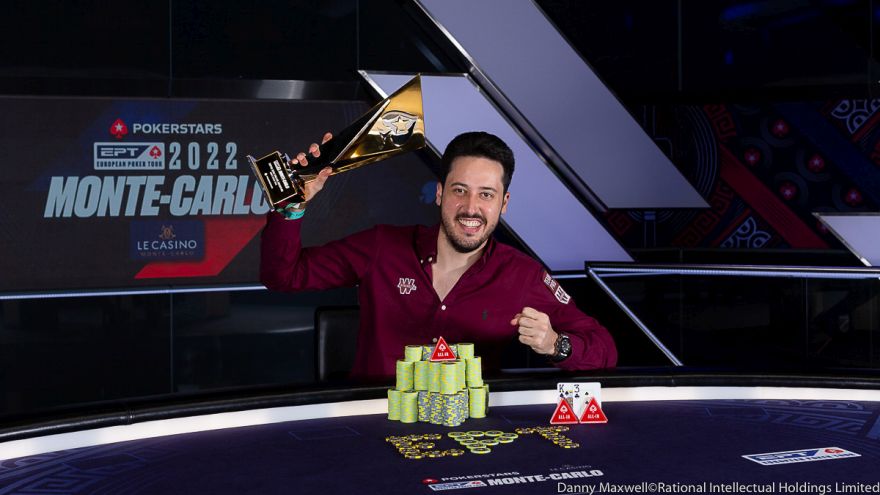 Adrian Mateos has won the Super High Roller of 100,000 euros of the EPT Monte Carlo for a monstrous day of payment of 1,385,430 euros, the Spanish professional dominating the final table with a performance of pillar to post …

With 42 entries for the festival’s largest buy-in event, the prize pool of more than € 4 million would be split between just six players, one min. in cash of more than ¼ million euros the first climbing port for aspirants to the highest bet.

Without Ali Imsirovic and without Jake Schindler (and no explanation for his absence), the field was full of big names, Timothy Adams, Sam Greenwood and Stephen Chidwick, along with Kings Casino mogul Leon “Loose”. Leon ”Tsoukernik.

There were also Sergei Reixach and Chris Brewer, both men in this week’s news as part of recent allegations of cheating on many of the game’s top names, including Imsirovic, Schindler and Bryn Kenney.

However, none of the nominees overcame a tough day two and made money, and it was Turkish professional Orpen Kisacikoglu who fell into the bubble at the hands of the eventual winner.

Day 3 started with Mateos with a big chip advantage, twice as much as his closest rival, the Austrian Marius Gierse.

It was Gierse who drew the first blood at the final table, sending Norwegian Kent Staahle to the rail in sixth place after all-in on the flop …

Staahle was followed on the payroll by Laszlo Bujtas, the Hungarian with a short stack who collected € 366,740 for fifth place, and his conqueror, Belarusian Mikalai Vaskaboinikau, came in fourth for € 468,610 after a two-hour four-handed battle.

That left only three players, and it was another Belarusian professional, Mikita Badziakouski, who found himself short, all-in and at risk …

This left Mateos in front of Gierse, who was facing a large chip deficit. He doubled once, but that was all he could get when Mateos closed out the victory …

Revealing that he had worked hard during the pandemic, Mateos added: “I’m a very competitive person, I really like the competition. Especially in the highest bets with the best opponents. I’m ready to keep playing and try to keep winning.” .