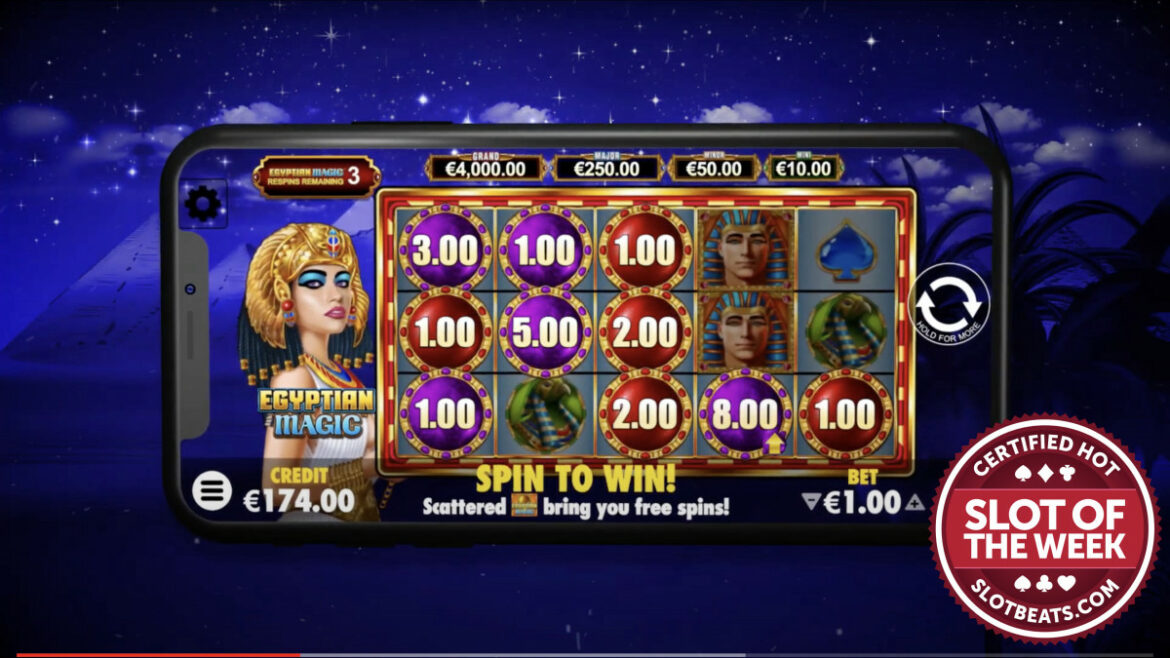 Bragg Gaming has brought a touch of Egyptian Magic to SlotBeats’ Slot of the Week award as it took players to the sands of Ancient Egypt with its Atomic Slot Lab debut title.

Featuring an RTP of 95.54 percent, this 5 × 3 title offers two regional versions – a high volatility 25-line release for Europe, and a higher frequency 50-line one for the US, with a lower volatility.

“Through years of experience, we have learned what content players want and have tailored our math, features and themes to the preferences in specific markets. Atomic Slot Lab will draw on our knowledge of the US market and coupled with Bragg’s experience in Europe, we will focus on delivering the highest quality online games to slot players globally.

“We are very excited to release Egyptian Magic, which was developed to appeal to a wide demographic of players as we introduce our online casino content on both sides of the Atlantic.”

In the game, the wild symbol is represented by the golden jewel, substituting for all other symbols except for the red and purple rubies. If six or more of these rubies are landed, the respin feature activates, awarding three respins.

Furthermore, should players land additional rubies and the gold arrow appears, the respins reset to three, and the arrow appears again, the value is added to the current value of purple ruby ​​symbols.

The respins bonus comes to an end either when the counter runs out or all positions become filled with red or purple rubies, in which case the grand prize is awarded. Mini, minor, major and grand jackpots can only be won in the features or in respins.

For the features, three, four or five Egyptian magic symbols award eight, 12 or 25 free games respectively, whilst if less than six rubies appear the respin reactivates. Free spins can be re-triggered by landing three or more Egyptian Magic symbols during play.