Trending Now
BetMGM says it hopes to launch online poker...
Online Poker | win2day.at: Es wird gejagt –...
review of the slot of the charming Far...
“I was shocked and asleep when I found...
The DOJ claims that Steve Wynn acted as...
Casinos in Saxony 2022 – was ist erlaubt?
Starting next weekend, the XL Spring Series on...
MicroMillions tournaments arrive on PokerStars, 128 low buy-in...
Selouan shines in another $ 25,000 SHR; Add...
Triton Poker Series Madrid, the € 50,000 NLHE...
Home US Poker BetMGM Poker is leading the way in Ontario with the launch of the hot tables 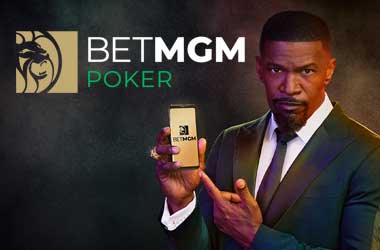 BetMGM Poker Leads the Way in Ontario When the Hot Table Feature Launches on May 17, 2022 Juan Blanco https://www.top10pokersites.net

Ontario’s online poker market is up and running well less than two months after the top sites were launched in the province. The latest figures show that there have been 105 cash game players in the segregated market over the past seven days. Partypoker Ontario’s online poker network is well ahead with 66 cash players at a time, while rival 888poker has 39.

Partypoker Ontario’s online poker network consists of three sites led by BetMGM Poker Ontario. Shortly after its launch in the province, the network launched its Hot Tables feature, which has been a huge hit with players from the global partypoker client. Initially introduced in March 2021, the new feature offers additional prizes in the form of cash drops to players on fast-folding cash game tables.

All players in the tables randomly marked “Hot” receive a cash bonus. Whoever wins the hand goes with the biggest part of the prize. Ontarians now have access to the popular feature that is driving more players online.

The feature is currently active on the network’s FastForward Cash Game. Players can enjoy up to 1,500 big blinds, equivalent to a maximum of $ 1,200 to win the prize for the highest bets.

BetMGM Poker was launched in Ontario just one day after the launch of 888poker. partypoker and bwin followed suit a week later, merging their player groups with BetMGM Poker, which effectively formed Ontario’s first three-way online poker network. Throughout April, 888 had remained at the forefront in terms of cash game traffic, consistently attracting 40 cash game players simultaneously, while BetMGM Ontario lagged behind with only 30.

The tables started spinning in the first week of May when BetMGM Poker started to gain ground. On May 9, following the launch of the Hot Table feature, BetMGM Poker officially overtook its competitor when it registered more than 100 seats simultaneously. The room also leads the tournament numbers.

BetMGM Poker, along with its sister partiespoker and bwin, will be looking to keep up the momentum, as competition is expected to intensify with the potential entry of PokerStars and GGPoker.

when “Spider” Party challenged Jungleman in heads up