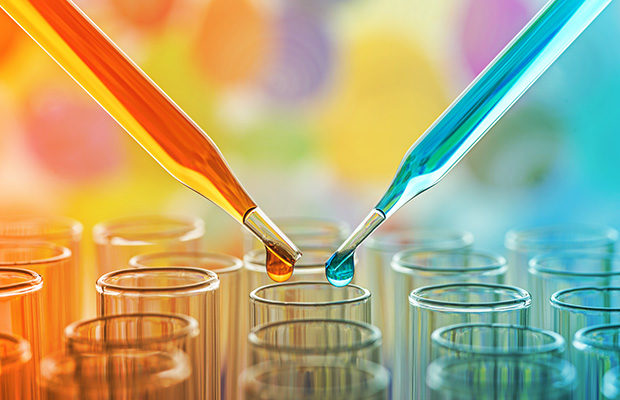 Global sports betting and online gaming giant Entain has announced it is launching an “innovation hub” called Ennovate. Its aim is to further establish itself as a world leader in interactive entertainment.

Interestingly, the news comes just three and a half months after online gaming rival DraftKings announced a similar $ 60 million venture fund. It will invest that money through its own incubator Drive by Draftkings, which aims to fuel innovation in tech and entertainment.

For a brief moment, around the same time, it seemed there was a chance the two companies would become one. DraftKings had made an offer of $ 22 billion to acquire Entain, but withdrew it after the latter balked. Entain had previously rejected a smaller offer from its joint venture partner MGM Resorts International.

Entain is investing £ 40 million in the UK and a total of £ 100 million ($ 135 million) in Ennovate globally, about twice what DraftKings is investing through Drive. This will go toward innovation projects and partnerships with tech companies to “develop ground-breaking experiences for customers in gaming and interactive entertainment,” by Entain’s Jan. 31 press release. Major partners for Entain’s hub already include Verizon and BT, one of the UK’s largest communications and network providers.

To help customers and investors visualize the hub’s innovations, Ennovate is opening its first lab in London this spring. Located in the said Charterhouse Square, the lab will feature an Experience Zone. This will allow visitors to interact with in-development products and try out immersive entertainment experiences in a virtual reality space.

“Our goal is to bring the most exciting experiences in immersive sports, gaming and interactive entertainment to life as the metaverse takes shape,” said Entain Chief Operating Office Sandeep Tiku in a press release.

With many of the hub’s innovative products in development, the announcement is light on details surrounding specific projects. However, it did highlight three products it plans to initially showcase:

Non-fungible tokens (NFTs). In an effort to develop unique digital collectible assets, Entain is partnering with Theta Labs to create poker-themed video NFTs. Although a drop date hasn’t been announced, Entain highlighted an NFT launch for its online poker subsidiary Partypoker. The Partypoker NFTs will showcase iconic moments and tournament hands in the site’s history, as well as from partypoker LIVE. Immersive experiences in Virtual Reality (VR) and Augmented Reality (AR). To be displayed and developed at the Ennovate Hub, these will include a VR multi-sports club experience. VR Arcades. Entain will convert locations into VR retail experience zones where consumers can experience immersive sports and interactive entertainment for themselves. Entain says its first VR arcades will open later this year.

Of these three products, the most relevant and accessible for US consumers right now are the NFTs. However, it’s unclear if there is an appetite for poker NFTs, especially ones based on online poker events. While there’s no doubt that NFTs are a major growth area in the tech space and digital marketplace, it’s questionable whether significant moments in poker history or memorable hands are of interest to NFT investors and collectors.

Poker NFTs in the marketplace

Of course, poker NFTs aren’t entirely new. There are a couple key use cases we can look at involving big brands in the industry.

Most recently, the World Series of Poker held an NFT auction featuring its most memorable televised moments. All of its unique NFTs did sell, but for fairly modest amounts. Chris Moneymaker’s winning hand at the 2003 WSOP Main Event fetched the most of the bunch at 2667.50 WAX (approx. $ 1200 at the conclusion of the auction on Dec. 6, 2021).

The World Poker Tour (which also partnered with Theta Labs for its release last spring) has seemingly had a bit more success with its own branded NFTs. Or perhaps it has simply continued to develop them despite sales results. Over the past year, the WPT has released several major NFT drops and is currently offering a host of NFT poker player cards. Though many are selling, most of the collectible cards are priced at under $ 10 US.

Considering online poker events and tournaments are much less celebrated than major live events among causal poker players and fans, we can surmise that Partypoker’s NFTs might draw even less attention. Nonetheless, it will be interesting to see Partypoker’s final product and the reaction to it.

Is Entain’s hub a sign of things to come in the US market?

With just six US states currently offering legalized online gaming, the country is obviously far behind the more mature European and global iGaming markets. That said, industry trends and market forecasts are certainly pointing to an iGaming metaverse that everyone wants a piece of. Based on recent investments made by the likes of Draftkings, it’s clear American companies are also looking ahead.

Entain may be ahead of the curve, but there’s no question that all of the industry’s players are paying attention to market predictors. According to a Brandessence Market Research report from April of last year (via Yahoo!), “the global VR gaming market is set to grow to as much as $ 52.7 billion by 2025.”

US companies will certainly want a cut of that revenue. However, they’ll need to move quickly in order to keep up.

Entain itself recently conducted a study among fathers aged 25 to 44 in the UK. This showed not only that a vast majority are avid video game players and social media users, but that those same gamers were four times more likely to bet and participate in iGaming. It’s a good bet that US companies are using similar market research to make investment decisions and that consumer behaviors are similar on this side of the Atlantic.

Drive by Draftkings has remained quiet since its venture fund announcement, but we could get an update soon. Based on the timing of previous press releases, we can imagine the Entain announcement will spark a reaction from competitors.