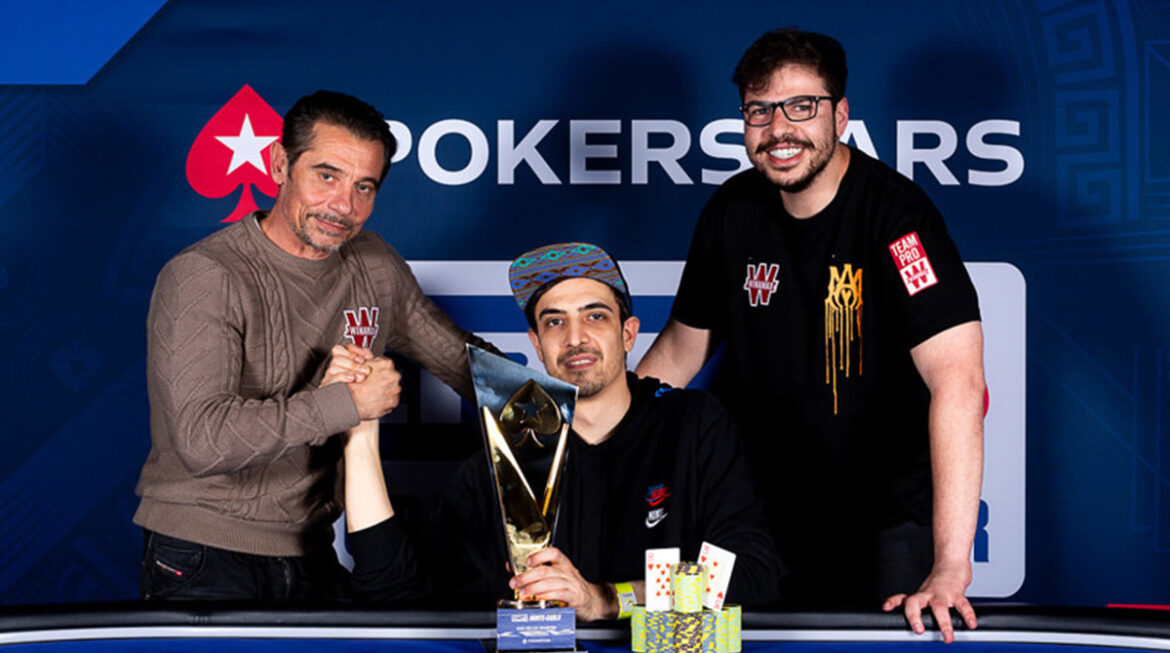 Exclusive interview with Gianluca Speranza after the victory in Monte Carlo

The queue that you don’t expect. With the victory in extremis of the 25K High Roller, Gianluca Speranza raised the balance of ItalPoker in an EPT Monte Carlo stage that, until then, had been really stingy with joy for our colors.

After witnessing the elimination of players such as Steve O’dwyer and Byron Kaverman, Speranza found themselves in the final head-to-head against Bruno Lopes. A deal with the Frenchman that left € 40,000 for the winner, Gianluca got his hands on the trophy and a prize of € 853,000.

Victory changed his plans. At the end of his trip to Monte Carlo, Speranza would have to return to Vienna, where he has lived for several years now to play (with extreme profit) on international platforms.

“But I missed the flight and so I decided to jump out of mine – Gianluca told us a couple of hours ago. Now he is in L’Aquila where he will stay another couple of days to share with the family the joy of this extraordinary success.

GS: Sure, it could have been worse. I started the Final Day with a million chips with the chip leader who had 1.3 million. I won the first two hands I played out of three, then with the fourth I immediately went up to 1.4-1.5 million becoming a chip leader. There were no absurd hands, all fairly normal. From two tables left onwards the dynamics were inevitably conditioned by the ICM also because there were several shorts. With all those chips in hand, it was a game where I was pretty comfortable, everything went well.

AP: At the final table in tournaments of these buy-ins are always difficult opponents. Was there someone you feared more than others who pushed you to make some special adjustments?

AP: How did you handle chipleading?

GS: I played a pretty regular game trying to put pressure on the healthiest stacks and avoid the shortest ones. Above all, I tried to avoid the ‘delusion of omnipotence’ that can take you to a final table when you have mountains of chips and your opponents are all shorter. I think it’s wrong to want to win every shot because you give your opponents a chance to catch up. There were at least two or three players out, not eliminated by me, who were eliminated because I decided to fold hands that I could raise. I remember the elimination of O’Dwyer in ninth place who pushed AJ after the opening of Kaverman with a pair of kings. If I opened it, Kaverman would punch me, and then O’Dwyer would put me down.

AP: Was there a time when you thought victory was in your pocket?

GS: Obviously the victory is a fixed nail, in the end you only play for that, every time I play a tournament I want to get as deep as possible. It’s clear that when I had all those chips the thought of victory came to me, of course it’s not that I was convinced I had already won but I knew I would have a good chance.

AP: What are the considerations that led you to close the deal in heads-up?

GS: Let’s say Bruno is almost a friend, we’ve known each other for a long time, he’s nice to me and he’s a good person. I knew that winning against him would not be easy because there is so much rivalry. Just as I cared a lot about winning, I knew he cared a lot about it, too, because sponsored players have the benefits of winning. I had the advantage of chips, but having played heads-up for a lifetime, I knew that with the blinds down for half an hour, he would fold a little against me, so I knew it was time to gamble. Since the payout was very vertical and there was a chance to break the variance a bit with a deal, we tweaked the payout and left 40k for the winner.

AP: With this victory you have surpassed the four and a half million dollar wall in live winnings. Now you have 170,000 euros separated from the ATML Italia podium: is it a goal to remove Max Pescatori from the top three?

GS: Oh, I didn’t know that! We will definitely do our best… Of course it’s not that I’m chasing Max, my focus is on trying to get as deep as possible in every tournament I play. The top three in the All Time Money List Italy would be something that comes as a result. It is a symbolic goal but one that is still pleasing.

AP: What are your next scheduled trips?

GS: Definitely Las Vegas for the WSOP from early June. I don’t have a tournament schedule yet that I will play, I never do. I will see from day to day depending on the desire to play and if I am in other tournaments. After all, in Las Vegas there are tournaments every day and every hour, if you don’t want to play the WSOP you can go to the Wynn, the Venetian or the other casinos in the city, and if you really don’t want to play a tournament there is always the cash game. The important thing is to balance your energy well and not stress too much because there is always the risk of reaching the end of the trip exhausted – and playing the Main Event exhausted is not a good thing.

AP: How much did you play during the pandemic?

GS: A lot, maybe too much! I don’t think I’m the only one who can’t wait to play live again. Before the lockdown I always alternated live and online, it’s a healthy mix, which works well. Playing online without ever going out and never confronting yourself live is not the best thing. At the other end of the spectrum, playing live will never allow you to learn how to play certain online volumes. After we’ve been locked up in the house for two years, it’s normal for there to be so much desire for live, and I’m glad that because before the lockdown, live poker had signs of decline.

AP: Here in Italy, you are now considered one of the strongest online tournament players in the world: what are your goals now and are you continuing to study the game?

GS: Surely I’ve studied a lot more in the past than I do now. For some time now, what I’ve been studying the most is how opponents fit in today. With the new software that helps many people think, they have changed their style of play. The problem is that many of them adopt a predictable and calculable style, play like the PC, in an obvious and automatic way and sometimes fail to interpret the situation well, or expect you, like them, to act on the green table automatic. During this period the focus of my studies is on how the game is evolving and how people are adapting to it and adjusting their ranges. From this point of view, the experience on the international PokerStars platform has definitely helped me grow, in the end it makes sense that if you cross the cards every day against very strong opponents you will learn something. Now I’m not saying I feel like I’ve arrived but I’ve certainly learned a lot. Many times I see that in the tournaments I know more than people who have played a lot of them.

The best casino games you can play on your PS5