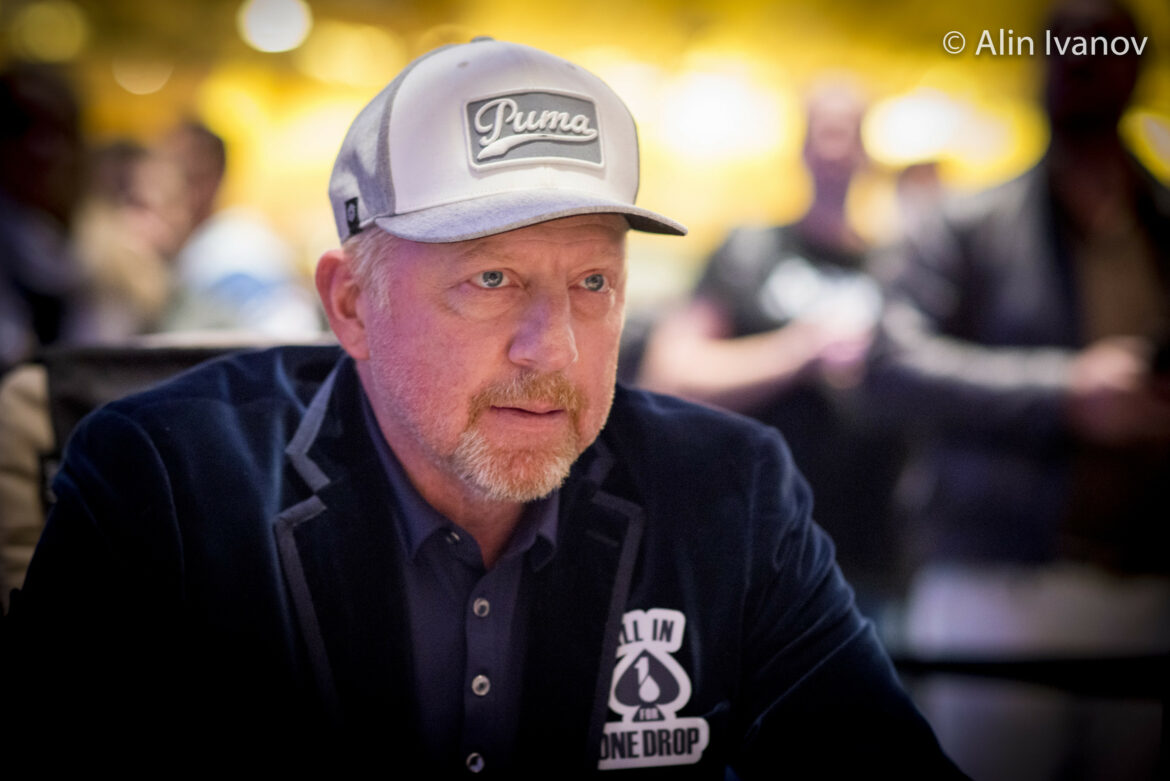 Former world number one tennis player and ambassador for PokerStars and partypoker. Boris Becker He will spend the next two and a half years behind bars after a court found the German ace guilty of failing to comply with the terms of his bankruptcy.

Last month, Becker, 54, pleaded guilty in Southwark Crown Court to four counts of concealment of debts, misappropriation of property and two counts of non-disclosure of assets in connection with its 2017 bankruptcy.

Convict Becker, Judge Deborah Taylor he said, “It is remarkable that you have not shown remorse or acceptance of your guilt. There has been no humility.”

However, he added that Becker would only serve half of his sentence behind bars, and the rest with a license.

The bankruptcy of Boris Becker

He six-time Grand Slam winner was declared bankrupt in June 2017 for an unpaid loan of almost £ 4 million on his estate in Mallorca, Spain. At the time of the bankruptcy, the court heard Becker earned approximately $ 50 million (£ 38 million) during his illustrious career, but these career gains were swallowed up by a costly divorce from his first wife, Barbara Beckerchild support payments and what was described as “expensive lifestyle commitments.”

Last month he was found guilty of transferring hundreds of thousands of pounds from his trading account and failing to testify that he owned a property in Leimen, his native Germany. In addition, Becker was convicted of hiding a bank loan of 825,000 euros and 75,000 shares in a technology company.

Becker retired from tennis in 1999 and is a legendary figure in the game who has won six Grand Slam titles. He worked as a BBC commentator, had a brief stint as coach of the Serbian superstar Novak Djokovicand had previously served on the economic advisory board of the German football giants Bayern Munich for ten years.

PokerStars Becker signed on as a member of Team PokerStars in November 2007.

Becker signed with partypoker in December 2016, when the poker site was in the middle of a major recruitment campaign for its stable team of professionals.

“I don’t remember what life was like without Wimbledon,” he told PokerNews in 2017. “I became a household name, and that has many, many advantages. “The downside is losing your privacy. You lose your right to be nobody. Come with the territory and you can’t feel sorry for yourself. I did what I wanted to do, win, succeed, and that’s it.”

During his live poker career, Becker earned seven events for combined prizes of $ 111,416. His highest score was $ 40,855, his reward for 40th place in the standings. $ 25,500 WPT Five Star World Poker Classic in 2019. Becker also charged the EPT Barcelona i Berlin’s main eventif the WPT Devilfish Cup. The latter cash arrived in 2016.

Becker returned to poker radar in April 2020 amid the global COVID-19 pandemic. A 30-second video clip posted on his official Twitter account said he was playing online poker at GGPoker in partnership with Kings Casino.

at 21 the appointment with the Poker Club with the freeroll