Trending Now
BetMGM says it hopes to launch online poker...
Online Poker | win2day.at: Es wird gejagt –...
review of the slot of the charming Far...
“I was shocked and asleep when I found...
The DOJ claims that Steve Wynn acted as...
Casinos in Saxony 2022 – was ist erlaubt?
Starting next weekend, the XL Spring Series on...
MicroMillions tournaments arrive on PokerStars, 128 low buy-in...
Selouan shines in another $ 25,000 SHR; Add...
Triton Poker Series Madrid, the € 50,000 NLHE...
Home IT Poker Free PokerStars in Greece with poker, betting and online casinos 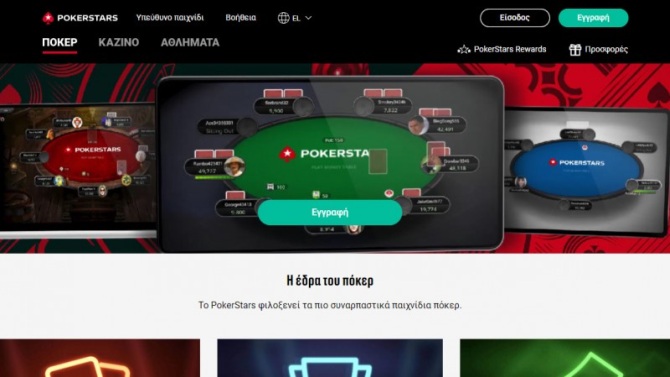 Free PokerStars in Greece with poker, betting and online casinos

Six months after obtaining a license, PokerStars also becomes operational in Greece with casinos, betting and poker. The latter, given the small basin, will be in international liquidity.

It took some time, but for a few days now PokerStars has been fully operational in Greece with a national license. The new PokerStars.gr domain has been active for a few days, so the group can continue its European expansion strategy.

PokerStars in Greece is finally a reality

The history of online gaming in Greece is long and troubled, not directly because of the economic crisis that has long gripped the Greek country, but it has certainly played a heavy role in determining the political chessboard. So last summer, when Flutter Entertainment finally received approval from HGC (Hellenic Gaming Commission) for the official release of a license that allows PokerStars, PokerStars Sports and PokerStars Casino to operate regularly in Greece. A semester has passed since then, during which the group has completed all the verifications of the case.

Road to international liquidity in poker

So today Greek players will be able to play poker, betting and casino, joining a growing market, as the Greek market is proving. However, given the relatively small size of the basin and fairly tolerant legislation, Greek poker players will be able to continue to join international liquidity with players from other jurisdictions. Good news for them, they will still have to pay a 10% withholding tax on winnings as required by the online gambling law in Greece.