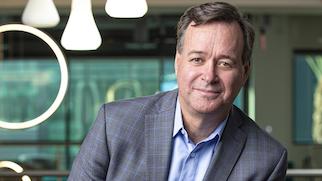 54 percent of shareholders voted for the Aristocrat-Playtech agreement, but the vote threshold is insufficient and everything jumps.

“The emergence of a certain group of shareholders who built a blockchain by refusing to engage with us or Playtech had a material impact on the prospects of success of our offer, which had been recommended by the company’s board of directors. we were acquiring. The long-term interests of our shareholders are at the heart of Aristocrat’s mergers and acquisitions. We will always take a strategic and highly disciplined approach to our investment choices, consistent with our customer-centric philosophy. ” Is it really over here? According to Aristocrat CEO Trevor Croker, this seems to be the case, although “the company’s commitment to participate in the Rng sector as part of its broader strategy will not be changed, following the news of the failure of the acquisition of Playtech ”.

Playtech’s forecast was based on the votes by proxy in view of the shareholders’ meeting scheduled for yesterday evening: the meeting, together with the court and the general meeting, was initially scheduled for January 5, in connection with the acquisition. cash was recommended, but was postponed to allow Eddie Jordan’s Jko Play to have more time to make an official offer. This, no doubt, must have affected the flow of negotiations. If not directly, an extension of time and another perspective on the plate may have cooled shareholders’ interest in Aristocrat.

It came as a surprise given that Playtech’s board of directors had continued to support Aristocrat’s acquisition despite Jko’s persistent interest, as Jko revealed that he would not pursue the acquisition last month, leaving Aristocrat as the sole bidder.

The Croker-led company, regardless of votes and possible surprises, continues on its path: “In the future, RMG Online will be a way to deliver new, connected experiences that leverage our world-leading content and unlock value. In addition to strengthening customer engagement – the CEO continues – our goal now is to accelerate our plans for alternative online RMG downsizing options and to continue to pursue our growth strategy, so consistent with our strict investment criteria, high regulatory standards and integrity. We look forward to sharing more details with shareholders as we move forward. “

Later in the evening, the board of Playtech Plc revealed that Aristocrat’s offer proposal to investors at the general meeting had obtained 54% of the votes cast by shareholders below the threshold required to secure the agreement.