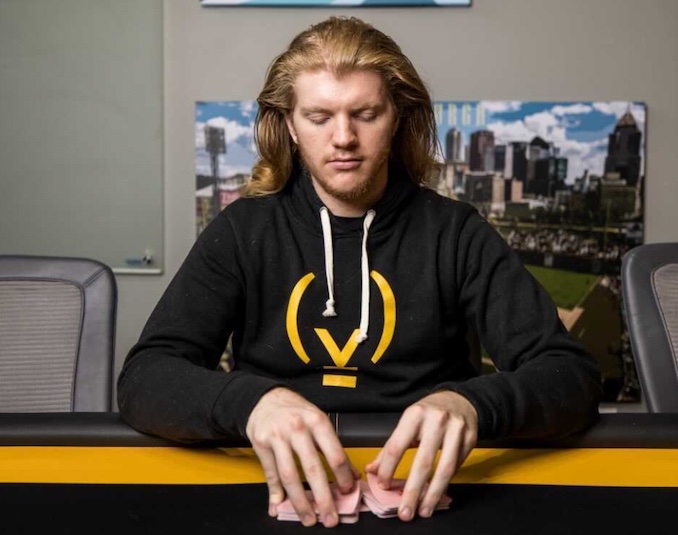 Doubts about Landon Tice, is it a bluff or a rising star in international poker? Meanwhile Ignition Casino takes him as ambassador.

Some call him a rising star in world poker, he is certainly a character, although giving up the much-sought-after challenge against millionaire Bill Perkins was not a good figure for him. But Landon Tice played his cards right and some social followers seem to have it. So much so that he has signed an agreement with Ignition Casino, the online site of the gray market of the United States of America and a well-known brand in the industry. The 23-year-old Tice is originally from Boca Raton, Florida, and is a full-time professional based in Las Vegas, where he has had many important results over the past two years in both live and online events. However, in less than two years, it has accumulated more than $ 516,000 in live tournament winnings, according to Hendon Mob’s database. You have to see the real balance, though, and Tice’s biggest live score to date was a $ 201,000 win at a Venetian DeepStack Extravaganza event in November 2020. Tice also narrowly missed the collection of her first Wsop bracelet on last July, when he came second in an online Series event.

According to a press release from Ignition, Tice will help the PaiWangLuo Network site, which is part of the Bodog / Bovada brand family, with live streaming of online poker events and appearing in the company’s video content and marketing efforts. This is not the first agreement in the field for Tice, who is already an instructor for the Solve For Why academy.

Tice will also be performing Ignition at live events this summer in Las Vegas. He is likely to appear in several tournaments at many of the city’s major tournament venues. “I’m excited to work with Ignition Casino to raise awareness of their already extensive online poker offering and to help build brand exposure in the United States,” said Tice. “I’ve been playing Ignition Casino since the beginning of my online poker career. The company does a great job of keeping the player’s experience in the first place, while providing a secure and reliable platform to pursue players’ dreams.”

Ignition also noted in its announcement that Tice has already garnered a large following of fans, and its appeal is spreading across multiple demographics. Tice is one of the very few young American poker professionals to have signed a major brand representation agreement in recent years, as many sites have opted for slightly older players with longer track records.