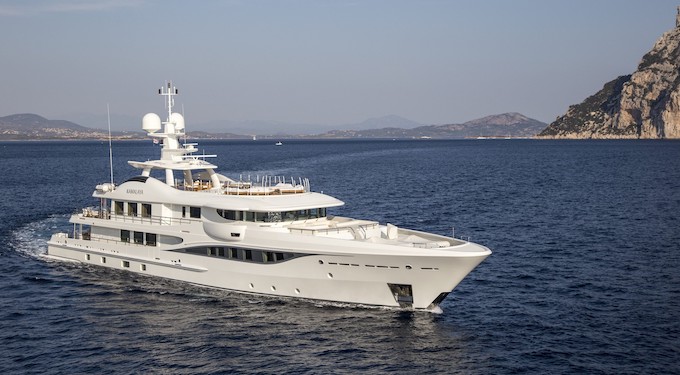 Gioconews Poker – Mark Scheinberg and his first $ 290,000 yacht a week

The founder of PokerStars with his father, Mark Scheinberg, and his first $ 290,000 a week yacht.

A 55-meter yacht called Kamalaya is one of the most luxurious with a price that is better not to know since, for a week, it takes over 290 thousand dollars. And the owner is a certain Mark Scheinberg, a Canadian billionaire who with his father Isai founded PokerStars, the world’s largest online poker company, and has revolutionized the industry from the boom years of the game to the aftermath of all Black Friday that could change the international scenarios of world gaming.

On a site that talks about luxury, here is this super vehicle that the owners often keep only for private holidays. Fortunately and for those who can, there are also many superyachts that can be enjoyed temporarily, at least by those who can spend hundreds of thousands of dollars for a week of pure indulgence.

Scheinberg has always invested in the world of luxury hospitality, including a stake in the Ritz-Carlton Yacht Collection, according to Forbes.

Although it has since moved to another model, Kamalaya is reportedly its first superyacht. And not many can say that their first boat was a limited edition model built by a prestigious shipyard, showcasing custom interiors by Remi Tessier. Delivered in 2013, this exclusive Amels 180 is still a coveted yacht for those looking for adventure without sacrificing comfort.

A 180-foot (55-meter) boat, Kamalaya has five cabins for up to ten guests. The master suite is located on the main deck, offering access to a beautiful openable balcony, as well as a private office and a walk-in locker room. The acclaimed Tim Heywood has designed its versatile outdoor spaces, including the generous sundeck that attracts guests with a hot tub and 360-degree views during the day, turning it into a party scene or an open-air cinema in the evening.

Boasting a range of 4,500 nautical miles (5,178 miles / 8,330 km) at 13 knots (15 mph / 24 km / h), Kamalaya has traveled the world since hitting the sea for the first time. According to its producer, it has reached the Arctic Circle, as well as access to remote paradise areas of the Caribbean and the Mediterranean.

After a refitting in 2018, Kamalaya is a state-of-the-art yacht charter, which also includes modern water games. It is available at Fraser Yachts for $ 290,300 per week.

How legislation affects the growth and development of online casinos