Trending Now
BetMGM says it hopes to launch online poker...
Online Poker | win2day.at: Es wird gejagt –...
review of the slot of the charming Far...
“I was shocked and asleep when I found...
The DOJ claims that Steve Wynn acted as...
Casinos in Saxony 2022 – was ist erlaubt?
Starting next weekend, the XL Spring Series on...
MicroMillions tournaments arrive on PokerStars, 128 low buy-in...
Selouan shines in another $ 25,000 SHR; Add...
Triton Poker Series Madrid, the € 50,000 NLHE...
Home Casino Gioconews Poker – online poker, in Russia heavy penalties on transactions from and from gaming sites 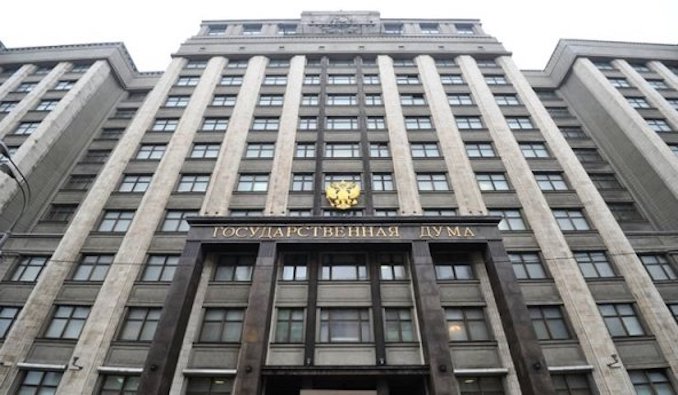 Gioconews Poker – online poker, in Russia heavy penalties on transactions from and from gaming sites

Russia has decided to ban banks and payment systems from transacting with institutions not based in the federation.

The Duma passed a new bill, n. 1169750-7, which prohibits banks and other payment systems from making bank transfers in favor of companies that have violated the “landing” law, that is, that have not opened a branch or representative office in the territory of the Russian Federation. a kind of Uygean coming from the cold, therefore, is about to explode in online gambling in Russia and this could disrupt the collection of poker rooms and digital casinos. With Vladimir Putin for many years he banned all licensed casinos in Russian territory by restricting them. , as a rule and in fact, only in the territories of Sochi in conjunction with the Winter Olympics, the game of oriental gambling runs the risk of suffering another blow.

Separately, the bill also mentions illegal gambling operators, but mainly provides for sanctions on banks or other payment operators for transfers to online casinos or other gambling operators. For officials, the fine can be set in amounts from 100 to 500 thousand rubles, we are talking about just under 1,200 euros to just under 6,000 euros, while for companies we reach up to 45% of the amount of payment, but not less than 5 million rubles, about 60 thousand euros!

The law is not yet in force and will be ten days after its official publication. Making a deposit in a poker room with a bank card in the Russian Federation becomes more difficult every year. This is not the first year that poker players have complicated their lives: this bill is unlikely to “completely cut off oxygen” to those who want to play on the Internet. According to some, there will still be gaps to be able to deposit and collect at the betting sites.

The main problem with the new bill is that banks were previously banned from making bank transfers to online casinos, bookmakers and illegal poker rooms. At the same time, bank employees often do not know who the transfer is being made to and are now responsible. For this reason, an employee who doubts the honesty of the place where the transfer will be made can play it safe and simply cancel it. But not all payments can be blocked at the discretion of the official, who, however, wants to avoid receiving a fine that can reach even the 6 thousand euros we talked about earlier.

To make the new decree even tougher, in case of violation of the new law, regulators may fine the bank twice, because in the Russian Federation there is already federal law no. 115, which was created to combat money laundering, and also to transfer money to illegal online casinos.

The state helped the banks and gave them partial access to a huge register of banned places. However, bank employees cannot see the entire list of offenders, but they can control one domain at a time.

The ban on online gambling came into force in 2007. A register of illegal online casinos and lotteries was set up, managed by the Federal Tax Service. Only bookmakers could accept the game.

For many years there was an ineffective fight against illegal operators: their sites were blocked and at noon they had the so-called “mirrors” (copying sites to other domains). Only in 2018, the authorities introduced another way to fight: the ban on money transfers in favor of prohibited realities.

Despite the ban on deposits in online casinos or poker rooms, banks and payment operators such as Qiwi and UMoney have been making transactions for a long time. But since 2020, the Central Bank has limited transfers of payment systems to foreign wallets, and in 2021, several banks revoked the license to make payments from online casinos.

In September 2021, payment operators and banks received 8 criteria to identify suspicious payments. If two or more match, the bank has the right to block transactions.

More than 30 daily transactions made by individuals

Funds credited and loaded in 12 hours a day