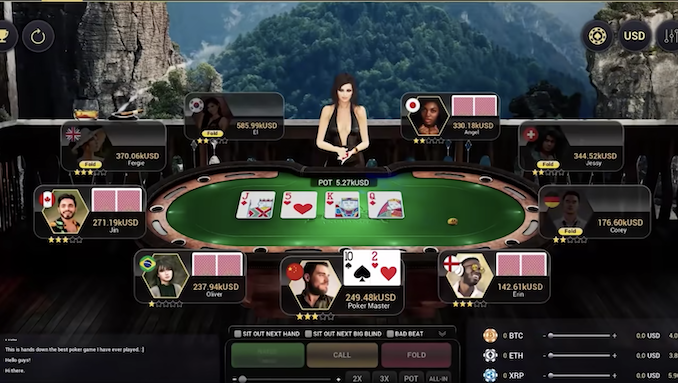 Gioconews Poker – Russian scam to US citizens in a metaverse casino

A Russian casino in the metaverse would be cheating many American players and investors inspired by the Las Vegas Flamingo.

Is the Cold War also running in the metaverse? Some US states have launched an initiative to close a casino that still does not even exist in the virtual environment and deals with Non Fungible Token. The gambling house is allegedly cheating many American citizens, and Russia is also involved.

It was reported by CNBC that the Texas, Wisconsin, Kentucky, New Jersey and Alabama regulators have jointly filed a request to close the business, which is called Flamingo Casino Club, and states on its website that it is affiliated with Flamingo Casino on the Las Vegas Strip in Nevada. The casino said it had nothing to do with the Russian metaverse casino.

The virtual casino, presumably designed to be built on the platform of the metaverse The Sandbox, does not actually exist and will probably never exist, according to the states.

“The go-ahead was given on January 21, 2022,” reads a press release of the alleged scam in March. “The company is planning to build gaming facilities in collaboration with one of the industry’s oldest representatives in Las Vegas. In addition, an entertainment center, a sports arena with a hockey team, golf courses and horse racing in the Sandbox metaverse are also under construction.

The 22-page emergency cessation and withdrawal order calls for Metaverse Casino to immediately stop selling its non-fungible tokens (NFTs), which it claims are defrauding Americans. The Metaverse casino began its scam earlier this year, according to the indictment.

Regulators said the virtual casino claimed that “NFT holders would receive 50% of the casino’s revenue as passive income. “.

The casino’s press release stated that “every NFT owner of the Flamingo club will receive a share of the profits generated in the Flamingo gambling club.” Flamingo Casino Club also claims to have relationships with Yahoo and MarketWatch.

It is not yet clear how much the Americans have invested in the Flamingo Casino Club.