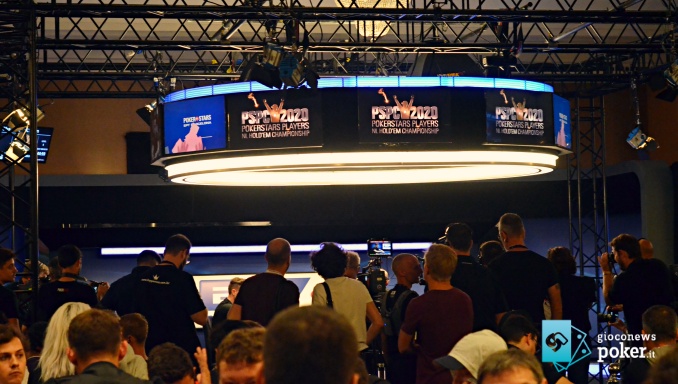 Players can turn 50 cents into a $ 30,000 Platinum Pass for the PokerStars Players Championship.

There are also San Marino and Nova Gorica, two locations where Euro Rounders hosts live poker events, among the Road to Pspc stages organized by PokerStars for the January 2023 super event when the long-awaited two-year postponement event will finally be played and a half from Covid-19.

PokerStars has now announced details on how players can get their hands on a $ 30,000 Platinum Pass for a live poker event like no other with millions of dollars up for grabs. With the red-hot calendar, the “red spade” room wants to make sure all types of players have a chance to win the $ 25,000 PokerStars Players Championship buy-in at a fraction of the cost, both live and online.

The news comes shortly after players reach the sunny beaches of the Bahamas in January 2023 for an event of epic proportions that will mark a special return of the PokerStars Caribbean Adventure (PCA).

From April 26 to October 30, PokerStars offers players of all levels the chance to win a weekly Platinum Pass with the PSPC Mega Path. Players could spend their January in the Caribbean playing an unforgettable event with the chance to win millions starting at just $ 0.50.

To win the Platinum Pass, players must make their way through four different steps that require four different online buy-ins starting from the lowest possible.

But for those who love live tournament action, PokerStars also offers many opportunities to win a Platinum Pass through a series of low-buy live events that will present a chance to win a Platinum Pass for the winner. All the stages are very interesting, but for the Italian players there are also two locations very close and very frequented by our field. In San Marino a 400 euro buy in with 100 thousand euros guaranteed from July 6 to 11 and a Pass to the winner. From October 6 to 10, however, you fly to Nova Gorica with the same formula. The shooting rises slightly with 200,000 Swiss francs guaranteed in Liechtenstein from 2 to 6 June.

The Road to PSPC kicks off in June, with the following events scheduled:

For those who want to get involved by spending less, feeder satellites will start at € 1.10 for each PokerStars event, giving even more players a chance to win their way to the second PokerStars Players Championship. absolutely. Details of Road to PSPC events can be found on PokerStars Live.

With both paths, players can follow in the footsteps of Ramon Colillas, who raised $ 5.1 million after winning a Platinum Pass for the record in the format’s debut event. The Spaniard surpassed a field of 1,039 players, which helped create the largest $ 25,000 poker tournament in history.

And the winner then became a room ambassador, commenting: “Everything is possible at the PokerStars Players Championship, but first you have to get there. Opportunities don’t happen by themselves but you have to create them and winning a Platinum Pass is the perfect way to make sure you don’t miss this unique opportunity in life ”.

Each Platinum Pass is worth more than $ 30,000 and includes a $ 25,000 PokerStars Players Championship 2023 buy-in and six overnight stays for the winner and a guest in a 5-star hotel in addition to airport transfers and custom Pspc merchandising, $ 1,900 in expenses , in addition to the experiences of the Platinum Pass winners during the event.

However, throughout the year there will be other ways to win a Platinum Pass through exciting community giveaways and promotions.

Nevada Gaming’s victory is close to the record in March, as sports betting also increases