Trending Now
BetMGM says it hopes to launch online poker...
Online Poker | win2day.at: Es wird gejagt –...
review of the slot of the charming Far...
“I was shocked and asleep when I found...
The DOJ claims that Steve Wynn acted as...
Casinos in Saxony 2022 – was ist erlaubt?
Starting next weekend, the XL Spring Series on...
MicroMillions tournaments arrive on PokerStars, 128 low buy-in...
Selouan shines in another $ 25,000 SHR; Add...
Triton Poker Series Madrid, the € 50,000 NLHE...
Home US Poker Hands of the Week: Quad Alert, Seven from Heaven & Raminder Singh is Human After All 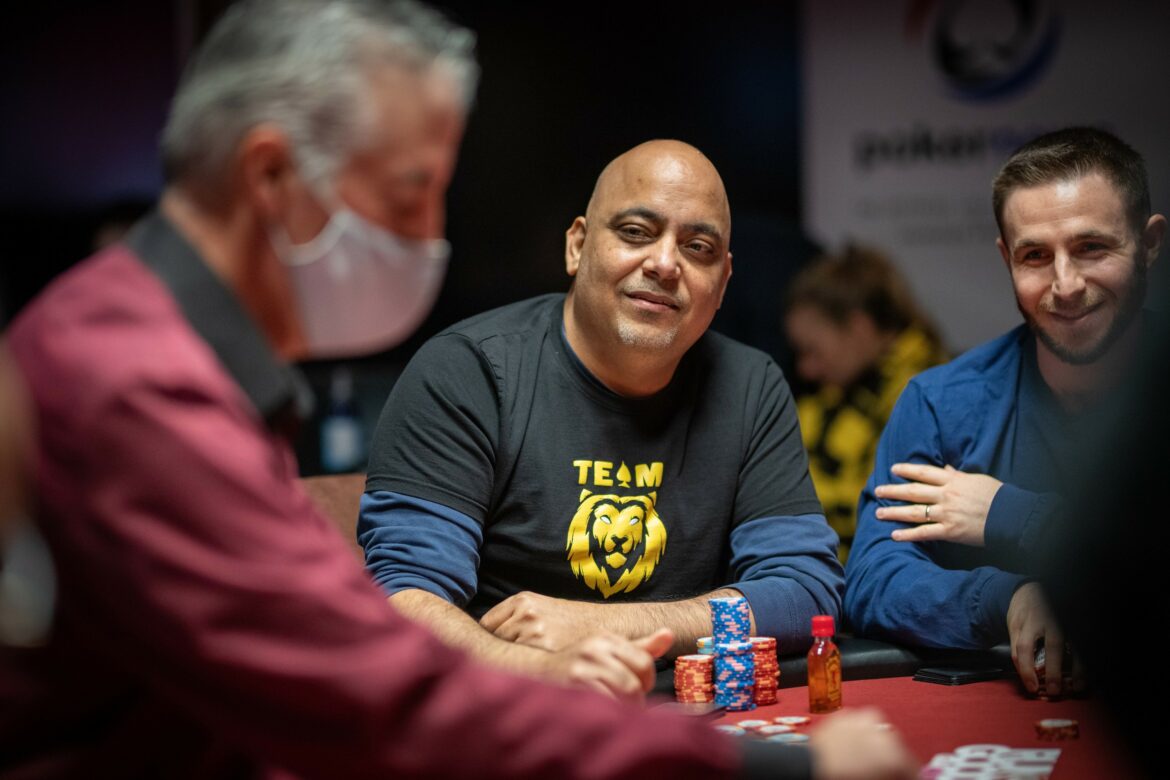 Hands of the Week: Quad Alert, Seven from Heaven & Raminder Singh is Human After All

PokerNews is known throughout the world for our industry-leading live updates for both live and online events. In fact, right now we’re offering various updates right here.

Over the years, we’ve captured memorable hands, many of which have become a part of poker history. In this column, we will bring you some of the biggest hands of the week as reported in the PokerNews Live Updates. Last week, the Mid-States Poker Tour (MSPT) was at Bally’s Black Hawk in Colorado. It was there that Gianluca Pace topped a 460-entry field to win the title and $ 74,562 top prize. Billyray Gallegos took down that tournament for $ 104,890.

Below are five of the biggest and most interesting hands captured by the PokerNews Team while live reporting those events.

Remember, if you’re playing an event PokerNews is covering, you can get in the updates via the MyStack App. You can download the app for iPhone or Android now to get started. Then, create a new PokerNews account or update your current one to start updating your status immediately. Your followers can see all the live action that you’re involved in.

Sergio Sanchez bet 40,000 from under the gun and Brady Bullard called from the hijack. Brian Leitch folded with some frustration from the big blind.

After the river came the, Sanchez checked and Bullard jammed all in for 274,000 into a pot of about 170,000. Sanchez thought for about a minute before he called.

It was the dream scenario for Bullard as he tabled the for quads to win the massive pot after Sanchez mucked.

Seven from Heaven for Jensen

The flop sent Monetto ahead as it came to pair his king, and the turn kept him firmly in the lead.

All he needed to do was dodge a seven, but that didn’t happen as the river was a cruel. Monetti did not hold as he had hoped and he was dramatically spilled out of the tournament in 22nd place for $ 4,759.

Free to Play Slots in the US

At the final table in the above tournament, five players remained in Level 28 (50,000 / 100,000 / 100,000) when Jared Ingles jammed all in from the cutoff, Brady Bullard called from the button, and the cards were turned over after both blinds folded.

The flop came to keep Ingles ahead. The turn changed nothing, but it was the river that spelled doom as the came off to send English packing in fifth place for $ 34,373.

Mroczkowski Cracks Aces for a Double

The board ran out and the flopped queens held on to give Mroczkowski a big double late in Day 2 action. He went on to finish in 11th place for $ 5,047.

Singh Doesn’t Win Them All

The board ran out and the queens held to knock Singh out of the tournament in ninth place for $ 6,322. It was actually a pretty standard hand in the grand scheme of things, but what made it somewhat unique is that Singh lost, something he’s not accustomed to doing. In fact, Singh has established himself as one of the best and hottest players in South Florida and even in Las Vegas when he recently won the RGPS All-Stars ProAM.