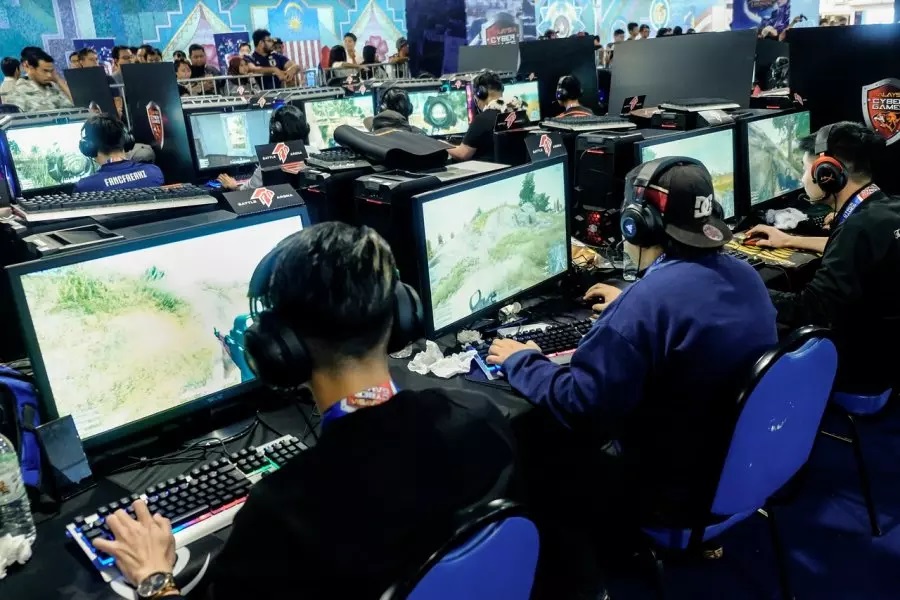 Lan-Gate: What we know so far about the lock on Lan rooms

Let’s try to clarify what is happening in these hours in Italy after the statement presented to the Customs and State Monopolies Agency.

On the evening of April 29, the media bomb that suddenly affected the sports industry in the broadest sense, that is, intended as entertainment and not in the exclusive sense of video game tournaments, suddenly exploded. According to what was communicated and documented via social media by the Sports Palace in Bergamo, commercial activity used as a bar, computer shop and especially Lan room for the use of PCs, consoles, driving simulators in the context of video games, the above mentioned stations were subject to administrative seizure by the control bodies intervened after the statement presented to the Agency of Customs and State Monopolies by the entrepreneur Sergio Milesi, CEO and founder of Led Srl, one of the leading Italian companies specializing in the field of entertainment and owner of reference brands in the industry, such as JoyVillage and LuckyVille, ie the sector that contains games, bowling or Fec (Family entertainment center). First of all, it should be emphasized that the dispute is not about the association with slot machines and the like, but with the “traditional” game rooms that also offer video game entertainment, albeit in a different way.

The administrative seizure that is currently affecting several realities, such as the Esports Palace itself managed by Ak Informatica and previously mentioned, as well as the Pc-Teklab Gaming Center in Milan, including several computer stores scattered throughout Italy and within them propose the use of PC and Virtual Reality stations, it started as anticipated from the statement presented by the entrepreneur Sergio Milesi, which is based mainly on three points: the lack of approval of the platforms used which according to the statement have no certification of their compliance with current laws, nor the approval of the Adm (read PCs or Consoles would not be standard for use by the public as devices listed as home entertainment); the lack of control of traders over possible gambling activities, ie the possibility for users to use machines, PCs or Consoles, to play, for example, online poker (thus falling right into gambling) ; absence of a commercial license for the use of video games to the public, video games that are instead listed as property for the buyer who then makes a private use.

The above was born and is promoted by the entertainment department of “traditional” game rooms (if we want to call them that) to be honest, as stated in several speeches by the CEO of Led Srl, the legality of the activities, whether Lan or computer stores or similar. As reported on GiocoNews, “the reference is to some entertainment offers not related to the normal case provided in Italian gaming rooms that are hosted in some public places and presented as forms of esports.” The above mentions the discipline dedicated to such cases traceable to article 22, paragraph 1, of law 27 December 2002, n. 289, and subsequent amendments and additions, which “submits the production, import and management of amusement and entertainment equipment suitable for legal gaming under the authorization of the Ministry of Economy and Finance – Autonomous Administration of Monopolies of the State, on the basis of technical rules defined in agreement with the Ministry of the Interior ”. In fact, according to the above, the Lan Rooms and related realities that operate in the field of video games and sports with PCs, consoles and simulators open to the public, usable for a fee or performance, would represent an “illegal competition in as far as the equipment on which they are carried out is not qualified by the regulator nor subjected to any technical verification of conformity or approval ”.

In addition to the above, Sergio Milesi as a representative of Led Srl also presented an interpellation, ie a request that a person may address to a state body regarding a potential behavior that he would like to implement in order to have clarifications and clarifications in on the interpretation, application or non-application of rules of law of various kinds relating to it. In other words, it is possible to ask the institution, in this case the Customs and State Monopolies Agency, if Led Srl itself can use PCs, Consoles and driving simulators in its entertainment activities, such as the already mentioned JoyVillage and LuckyVille, in a proper and lawful manner. The intervention of Sergio Milesi, supporting the entire game room and the entertainment sector in general, therefore takes place on two parallel tracks: on the one hand the request to ascertain, through the above, the legality of the operation of the Lan and related rooms and to “proceed to carry out the appropriate checks and implement the necessary interventions in order to ensure compliance with applicable regulations”; on the other hand, through the interpellation, he asks to imagine a concrete situation with the aim of introducing the same activity also in the “traditional” game rooms.

Another request for attention from the above concerns in particular the driving simulators, often present in the various LAN rooms and in many ways similar to those in the “traditional” game rooms. The main difference, of course, is that in the first case the use is allowed after the payment of an amount of money related to the time of use, while in the second case it is necessary to use a token to start using the machine and then possibly continue by inserting other tokens purchased immediately or earlier. Although two similar cases may seem similar, there is a substantial difference: in the first case the time of use is determined, approaching an X figure one hour (obviously to be able to extend later in case of will of the user); in the second case, on the other hand, the time of use of a single token, or the cash consideration, is indeterminate and depends on the ability of the player himself. Truly, in the first case a “poor” player can use the machine at the same price as a “good” player, while in the second case the price per minute or per hour can vary significantly. According to the above, which refers to article 110 of the Tulps – Consolidated text of the laws of public safety, these driving simulators are very similar to the devices of the category paragraph 7, that our Company (Led srl, ed.) onerous costs, in compliance with the rules, it is obliged to approve them through the bodies in charge and then allow their installation and use in premises dedicated to legal gambling. ”

Going to analyze paragraph 7, the c-ter states that it also includes “those, mechanical and electromechanical, for which access to the game is regulated without the introduction of money but with use on time or purpose,” similar to what this happens with PCs, consoles or driving simulators, falling in fact among those categories of machines that should be subject to the discipline of the above-mentioned article 110. In addition, Paragraph 7-bis also states that “the devices and devices referred to in paragraph 7 may not reproduce the game of poker or, in any case, even in part, its basic rules as well as all games that, in a manner similar to those permitted under paragraph 6, may lead to the same expectation of winning ”, a case that instead the PCs commonly present in LAN and similar rooms, connected to the internet, would seem to be unregulated, leaving free access to users on any site, even those, in fact, gambling or betting (s yet lawful).

Following the above and the interpellation, in less than ten days, the Adm has therefore begun the due verifications of the Lan rooms present in Italy, as described here, but not only and inserting all those open businesses. to the public who register inside their own PC, console and simulation stations dedicated to video games, competitive and not. Checks are being followed, in most cases, by administrative seizures of machines, fines of several thousand euros, in some cases tens, and the impossibility of continuing in such activities limited to the use of gaming machines (remain open businesses as bars, computer stores and other than gaming).

When this happens, it is undoubtedly the result of the lack of a special discipline that regulates and regulates the activities of the Lan rooms. Since their inception in the late 1990s, Lan theaters have in fact operated in a legislative limbo that was subject to several specific disciplines, operating by analogy or similarity with other concrete cases. This lack is certainly not to be blamed on the Lan halls for the immobility of a legislative apparatus that has never been interested, at least until today, in the sector and its regulations, ignoring it.

The need, long feared by the main actors and not, for an ad hoc discipline is also part of the consequences that such shortcomings could bring, of which today we begin to pay the first effects with Lan rooms substantially unable to react in a short time and a significant economic damage, as well as bad publicity for the entire Italian sector. A sector that, let us remember, is growing exponentially, provides work, requires dedicated professional figures and involves millions of enthusiasts throughout Italy. It seems paradoxical, in 2022, to reach such consequences when the President of the French Republic Macron, recently elected for a second term, just a week ago declared that he wants to make France “the country of video games, gaming and sports” .