Trending Now
BetMGM says it hopes to launch online poker...
Online Poker | win2day.at: Es wird gejagt –...
review of the slot of the charming Far...
“I was shocked and asleep when I found...
The DOJ claims that Steve Wynn acted as...
Casinos in Saxony 2022 – was ist erlaubt?
Starting next weekend, the XL Spring Series on...
MicroMillions tournaments arrive on PokerStars, 128 low buy-in...
Selouan shines in another $ 25,000 SHR; Add...
Triton Poker Series Madrid, the € 50,000 NLHE...
Home IT Poker Luigi D’Alterio Shark of the High Roller, wins the Super Tuesday dot com! [video-replay] 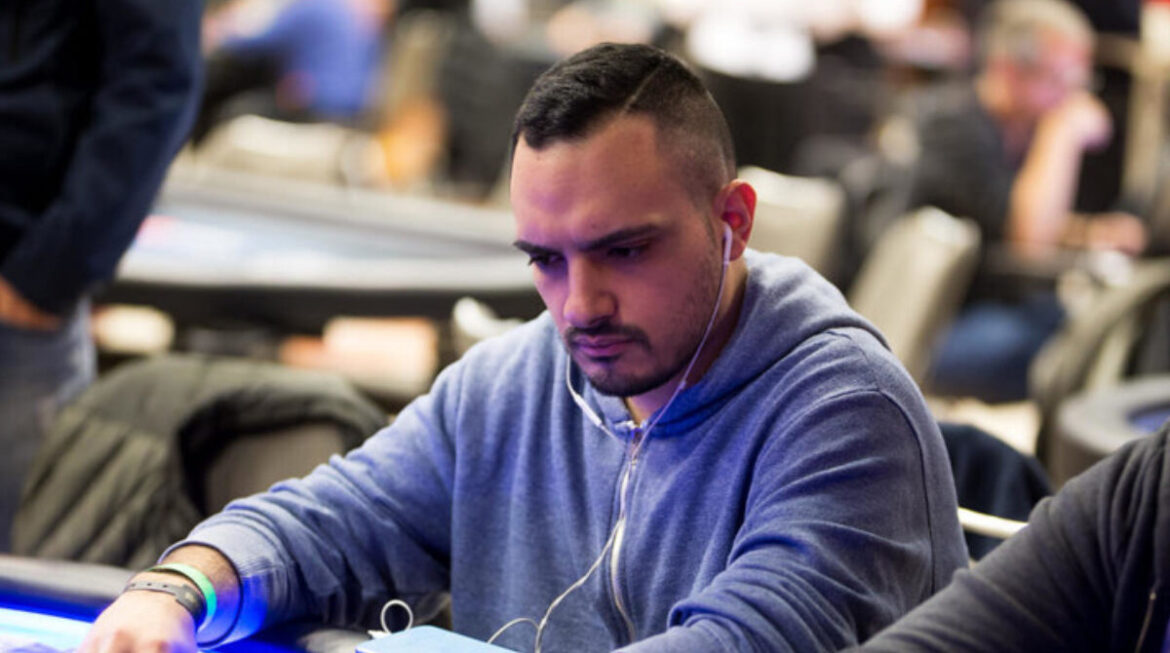 Tricolor in the light in the high roller scene. Last Tuesday, on the international extension of PokerStars, Luigi ‘Il-Giuglia’ D’Alterio posted a $ 1,050 buy-in Super Tuesday, one of the most popular tournaments in the discipline.

With this success the bell confirms the good work done since he moved to Malta to play on poker room dot com. On the way to victory, in fact, Luigi has left behind some of the most highly regarded online tournament players in the world.

At the bottom of this page you will find the video card replay of the final table in which ‘Il-Giuglia’ found the victory: if you don’t want spoilers, scroll down immediately without looking!

The tournament won by D’Alterio recorded a narrow field but very soon. At the starting line-up, there were 34. With 22 re-entries, the overall Super Tuesday prize pool rose to $ 56,000 compared to a guaranteed $ 35,000.

When he reached the money, the Canadian was immediately eliminated Sebastian “p0cket00” Sikorski, specialist who by November 2020 had won $ 13.5 million in online tournaments.

After the elimination of the Finnish Casimir “Ceis25” Seire in fifth place and the Brazilian regular ‘WizardOffAz’ in fourth, Luigi found himself playing the decisive head-to-head with ‘scout326’, an account that in the past was combined with a Russian oligarch.

In the hand that handed the victory to Luigi, ‘scout326’ overshooted 100bb with AQ, Luigi snapped with AK and on a smooth board he took home the tournament and the first coin of $ 17,400. Here is the payout of the Super Tuesday won by ‘Il-Giuglia’.

What did Luigi say?

With the availability and kindness that distinguish him, Luigi told us his final table and the hand that put him down the road to victory:

“I’ve always been a great chip leader, in the final table bubble I won a huge pot… I was opening all hands when I pin AA, shova a short 10x and then reshova even big blind for 40x, turn 99 and AK and get to the final table with half of the chips in play. So I had an easy life up to the head-up with ‘scout326’, who after losing the first two hands started to do the rest continuously “.

Luigi also explained that he has not yet played the one thousand euro tournament buy-in stable plant.

“I qualified for this tournament with a satellite, I play them very often. I only sign up directly for the thousandth biggest tournaments. ” But its natural habitat, judging by this beautiful result, is precisely in the high stakes.

Here is the video card replay of the final table won by D’Alterio: good vision!

Bryn Kenney denies everything in a long interview. Here it is!