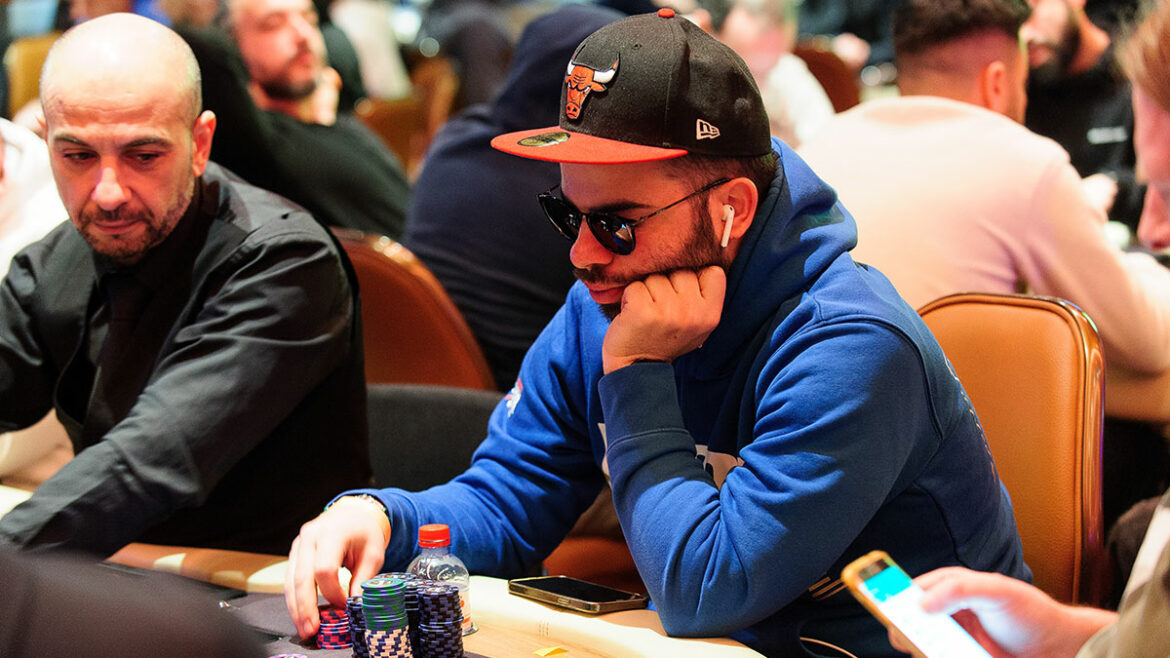 Fabio Peluso and his victories. Gargano is his base, but thanks to poker he is becoming a real citizen of the world.

Fabio Peluso, the player of the week

Most online grinders on .it know Fabio “backdoorAK” Peluso by virtue of his scrolling on PokerStars. On more than one occasion we sang his praises the day after major victories in the room, such as the one on the night of January 1, when he scored a triumph at the New Year Bankroll Jump, or the even more recent one in the Night On Stars on the 22nd. March.

After these scornful Lucullians on Stars that allowed him to start the current poker season like few others, Fabio decided to move the waters a bit even in the most important live circuits in Europe and the result is the same.

That’s why we chose him as the player of the week, a few days after the exploit that saw him touch the spade in the Main Event of the France Poker Series, which ended last night at the Monte-Carlo Casino®️, at the EPT festival.

On that occasion, Fabio proved for the umpteenth time to be a complete player. Few smudges, very rare headers, but a rather solid presence at the table and never free of plays that tilt the opponent in turn. A second place came after the fourth grabbed at the € 1,100 WPTDS Amsterdam, where Fabio Peluso’s race stopped for a prize of € 47,850, behind Bakker, Hu and Soering

The victory at FPS

Peluso’s journey has been exciting since the first days of the tournament, which ended on the night of May 2. Find the chronicle on the piece by Domenico Gioffré.

On the last day of the tournament, our representative started with the third stack of the lottery. The good part of this story is that the three lower stacks than the blue one were quite short, but the bad part concerns the first part of the final table, when he paid the chip leader, then winner of the tournament, the Brazilian Scafini, half stack.

Quite the opposite of what happened in the concluding head-to-head.

Peluso started with a monstrous advantage in Heads Up, with more than twice the chips of the South American. The moment the two clash face to face, Scafini takes over.

A whole series of lucky hands lead our player to lose the initial advantage. The two reach an agreement that will carry in our player’s pockets a total of € 217,340, compared to the € 250,000 endowed in Scafini.

What he told us

In our interview last June, Peluso was very outspoken, starting with his most successful online success in March.

“The success that impressed me the most was probably this March, the Carnival Series,” Fabio told us. We took home the mini main event of the carnival, in an endless marathon lasting 2 days “.

However, what did he tell us before he started playing live, do you think it was auspicious?

“As far as my relationship with live is concerned, so far I’ve always played tournaments in local clubs. But now we’re planning an IPO expedition in mid-July with a couple of friends. He will be my first major when it comes to live poker.

I can’t say for sure if I prefer live or online poker. Each has its advantages, but there are 2 observations that must be made.

It is difficult to find the same flow of play in live shows and above all the economic side should not be underestimated.

To play live you need several transfers that you want or do not want to have a significant impact on spending.

But it will definitely be much nicer and more relaxing to be able to interact live with other players, because in the end we are just nicknames behind the screen. And this is not poker.

Thanks to the game today I have so many friendships that I would never have had if I had not continued to cultivate this hobby that today has become a real job. ”

Rest assured that we will return to Fabio’s tracks as soon as this live tournament whirlwind is over to give him a new interview and find out how super confident he feels in live tournaments as well.