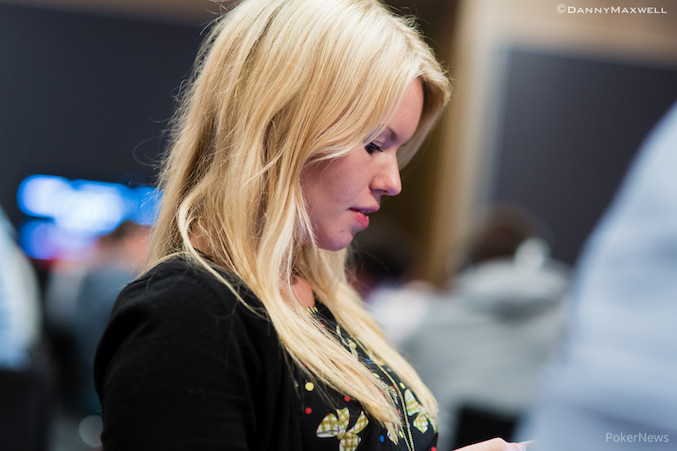 Jamila von Perger said in a lengthy interview with Pokerfirma that she explained the total change in her life that saw her emigrate to a new country, taking advantage of the accumulated bankroll to give more space to a more enjoyable existence. simple.

For those who have followed the events of the last 10 years of the international live and online poker scene, the name of Jamila von Perger will certainly not be new.

The now former German player, also thanks to her physical appearance, as well as some important results in the most popular tournaments and a notorious communication ability, sowed fans and curious people from all over the world, things that attracted attention. towards her by some rather important brands that revolved around the toy, such as Pokercode, of which she became the brand’s ambassador, before the pandemic broke out.

The German newspaper Pokerfirma has dedicated a long interview to her, in which a whole series of more or less private confessions come out, concerning the sudden change of life of Jamila von Perger.

Let’s start by saying that the former Teutonic player has, it is not known if forever or only momentarily, distanced herself from the world of poker, especially encouraged by the fact that the Covid-19 has caused a series of cuts that have produced the removal from the play of some of the most prominent figures in the world of communication.

Shortly before the pandemic disrupted the habits of the entire world population, Jamila von Perger was a popular streamer and had a great following.

The former German player has won a total of $ 438,670 so far, according to Hendonmob, but her latest result dates back to January 13, 2020, shortly before the pandemic exploded in all its destructive action of much of the world’s economic activity. .

Shortly before her most important success in Austria, Jamila von Perger was criticized for being too quick and “fresh” to return to the table with the birth of her firstborn, which, in hindsight, the German said she would not do it again, giving more importance to the role of mother.

Jamila candidly admits mistakes made in the past, but her career would not have been interrupted if it had not been for Covid.

Right after the birth of her son James, von Perger completely changed her way of looking at things during the new beginning of the pandemic.

Kindergarten, the relationship with other children, all the difficulties associated with a situation we all had to get used to at the beginning of 2020, suggested that she change her life completely. Like emigrating to another country.

The choice fell on Portugal.

“I sold my house in Kiel well,” Jamila von Perger told Pokerfirma, “and I used my poker bankroll, which I didn’t need at the time.” And with the money I bought about 8,000 square meters of land here. It was important for me to find a property like this, even with olive trees and old vineyards. ”

Jamila began to eat no more meat, becoming vegan, although she admits that when her son goes to a party with friends, he is allowed to eat some sausage that he enjoys.

As for vaccinations, Jamila has some pretty clear ideas: “People here have a lot of confidence. They believe everything that is said in the media. If they say, “Go get vaccinated,” they’re doing it because the government certainly doesn’t want to do anything wrong. But here, where we live now, there are almost no restrictions. Masks have been mandatory since December, but here people live more relaxed than in big cities. ”

His is not a final farewell to the world of poker. The awareness that sooner or later the situation will return to normal could open loopholes for a return to the poker scene, in the future maybe not even so far away.

Online poker, thanks to French insomnia, wins 800,000 euros in a few minutes