Trending Now
BetMGM says it hopes to launch online poker...
Online Poker | win2day.at: Es wird gejagt –...
review of the slot of the charming Far...
“I was shocked and asleep when I found...
The DOJ claims that Steve Wynn acted as...
Casinos in Saxony 2022 – was ist erlaubt?
Starting next weekend, the XL Spring Series on...
MicroMillions tournaments arrive on PokerStars, 128 low buy-in...
Selouan shines in another $ 25,000 SHR; Add...
Triton Poker Series Madrid, the € 50,000 NLHE...
Home IT Poker The hand that changed Joe Cada’s career 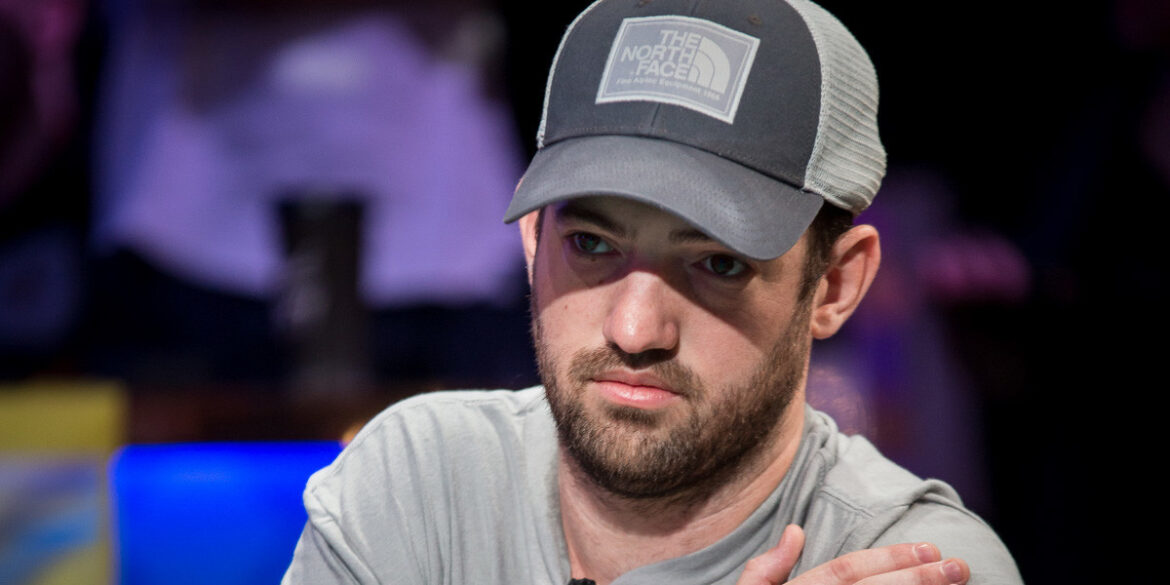 Four World Series bracelets with the icing on the cake of the 2009 Main Event, more than fourteen million won in live tournaments…

Joe Cada has become the player he is today with a path made of study and sacrifice, in which there was a key hand to give a nice turn to everything.

The 34-year-old from Michigan recounted the spot he made as a ‘sliding door’ to his entire life on the PocketFives portal. Needless to say, it was the WSOP Main Event where the youngest champion ever graduated, taking home a $ 8.5 million bracelet.

But before recounting the spot, Joe Cada recounts the journey he took with poker before reaching it. A kind of lifeline for a troubled teenager.

“As a teenager I had problems, I was depressed. Poker helped me open up as a person. Quei $ 50 [del primo deposito su una poker room online, ndr] they were mine, I had earned them. I started working very early. I asked my mother to trust me, I told her that poker would never be a problem. It is not easy to tell your mother that you will play online at such a young age, I was lucky that she trusted her. “

To justify his request to his mother, Joe said that he saw poker as the best form of entertainment for himself, much better than going out partying and drinking. After six months, that $ 50 had become hundreds.

In 2006, Joe saw Jamie Gold’s incredible victory at the WSOP Main Event and decided that at the age of 21 he would play in the tournament. All he had to do was decide how much he would keep for himself and how much he would give away.

The meeting with Darvin Moon

In the end, Joe held half of the Main Event. It was largely Cliff ‘JohnnyBax’ Josephy who bought him shares. During the tournament he was struck by his encounter with Darvin Moon, with whom he would later give birth to a legendary head-to-head.

Having already crossed paths with him, Cada had taken mental notes about Moon: playing abc without doing strange actions or tricking lightly to let him fall into the mistakes of the case. Even with a two-to-one chip lead, at the start of the heads-up Joe thought he had the victory in his pocket.

“I could not have been more wrong. I played the head-up as if it were a two-pound sit’n’go, and I didn’t make the adjustments I usually do. As the head-to-head began, Moon began to outplay me, magnifying the dishes and putting me in front of awkward decisions. Before I realized it, the situation had turned upside down: he was in the lead with twice the chips. “

But Joe did not give up and with constant work on Moon’s side he managed to turn the stack situation upside down. At that moment, the hand that changed his life came.

“I opened a pair of nine buttons and Moon patted me. I thought a pair of nine was a very good hand in a heads-up game. I raised it to three million, he raised it to 8 million, playing for 60 million. I could have called but the pair of nine is a combo that can be exposed, should overcards arrive you have to guess. If it had folded I would have gained some chips… It was more for protection “.

When the all-in was announced, Cada expected Moon to drop the shot.

“I thought he would fold. When he called quickly I thought he had a couple of women. There was no good view at the table and it took me a few seconds before I realized he had called me with QJs. “

After the 827 flop, Cada jumped out of his chair and ran to his friends while Moon sat at the table, icy, with folded arms.

After the turn, K Cada had only one card to play with the world title, and on River 7 Joe was overwhelmed by his friends, starting with ‘JohnnyBax’, but freed himself from their grip to go and hug his opponent.

“I felt like I deserved to be where he was,” says Joe. “The moment you realize you’ve come so close to victory is hard for everyone. I put myself in his shoes for a second and realized that the tournament was not something between me and him. I never wanted to be the kind of person who exults in the face of opponents. It’s hard to stay calm after such a result, but I wanted to be respectful of Darvin. “

After the words of comfort received from Cada, Moon hugged him and then raised his arm to the sky, as in boxing matches. Cada, in turn, raised Moon’s arm. The two remained in contact for years until the departure of the ‘Lumberjack’.

Things have changed for Cada since then.

“Compared to when I was 21, I’m a much better poker player today, but I don’t feel as comfortable as I used to play the biggest games. When I was a kid, I used to play against anyone at every turn. Today I no longer have that mindset: I don’t want to take risks, I can play my stakes for the rest of my days and be right with myself “.

His approach to poker is well established today.

“I enjoy meeting people of all kinds and I always enjoy playing poker. I understand that when it stops being fun, I’m not in the right place. With the launch of the WSOP online in Michigan, the game is back to being fun for me. That’s what counts. I don’t play to get rich but to have fun and compete. “

Gioconews Poker – The Russians out of the World Series of Poker? The debate is open but no decision has been made so far