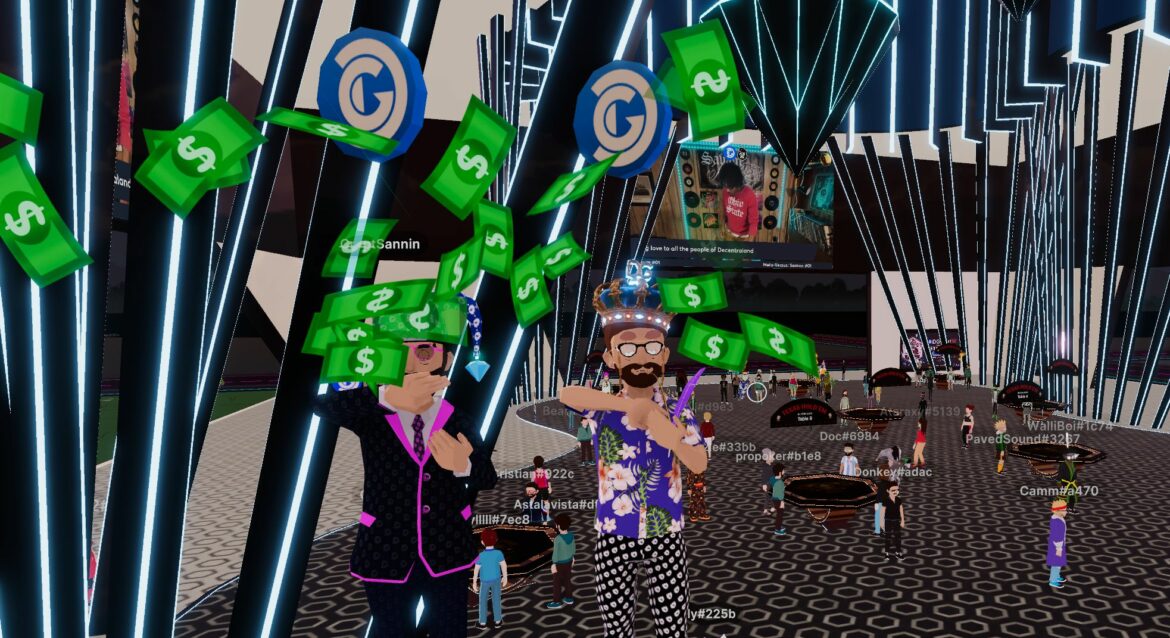 The most successful Metaverse is … a virtual casino in Decentraland

Decentraland’s exponential growth in 2021 has also led to a number of criticisms related to Metavers. Most importantly, as the number of users has increased, more and more people have begun to wonder why Metaverse is so empty, at least for now.

The answers to this question could be many, but if there is one place on Metaverse where there is no shortage of things to do, it is the ICE Poker virtual casino in Decentraland. Yeah Al that sounds pretty crap to me, Looks like the Decentraland betting platform has been thriving since its launch, with about 6,000 players a day, representing 30% of Decentraland’s daily users.

In just three months, the game, obviously based on the game, generated $ 7.5 million in revenue. Miles Anthony, founder of Decentral Games, which runs the digital casino, explained that “at the moment we have over 1,000 active poker players. The number doesn’t seem too high, Also, considering that many metaverses are empty at this time. ”

Coindesk, in fact, recalls that while Metaverse is widely talked about in newspapers and in the trade press, its numbers are still small: for example, NFT’s largest retail portal, OpenSea, has only 50,000 portfolios. . active every day, a number not comparable to that of the cryptocurrency market or that of traditional stocks.

Anyway, Decentral Games is run by a DAO, which has bought large amounts of “land” from Decentraland over the last year and a half, accumulating about 1,000 lots on the game’s Metaverse. In fact, Decentral Games has the support of Decentraland itself, which made a big investment in the gaming platform last September.

However, if we ask why Decentral Games and its casino on Metaverse are successful, the reasons are not at all related to Web 3.0: on the contrary, the service was born in the wave of success of traditional online poker , which still has a large number of active users every day.