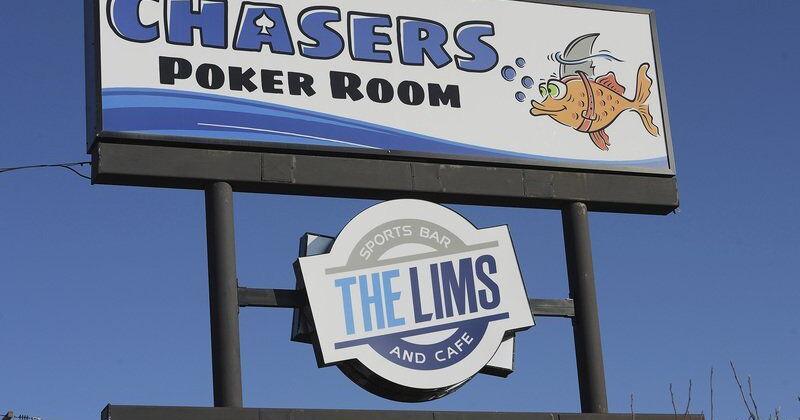 SALEM, NH – After a year, Chasers Poker Room owners are still struggling to expand their business across the street, in an 84,000-square-foot vacant space previously occupied by a K-Mart.

Members of the Planning Board this week re-approved a decision, requesting more information on parking and traffic issues.

Representatives of the plaza’s owners, Demoulas Market Basket, reiterated their disapproval of the Chasers plan, calling it “fundamental damage” to the area.

The unit in question, empty since K-Mart moved in 2020, is in front of a market basket and close to Staples, LensCrafters and Walgreens. The property faces two busy roads, Veterans Memorial Parkway and South Broadway.

The Chasers plan calls for 800 gaming stations and 155 dining and lounge seats for casino guests.

Chasers ’current location opened in 2017 and covers about 5,500 square feet with 23 tables. Games include roulette, blackjack and various poker games.

Under New Hampshire law, a portion of the proceeds from charitable gaming operations go to state-licensed nonprofits.

Chasers has 36 charitable affiliations, according to the owners, including local organizations such as the Boys and Girls Club of Greater Salem, Salem Animal Rescue League, Salem Family Resources and Greater Salem Caregivers.

The latest presentation from the Chasers team claims that its new casino will be adapted to the old department store, without exceeding the 420 parking spaces available with the rental. Traffic studies have also been provided with findings of “absolutely no change in impact,” according to Chasers engineers.

During a grueling attempt to obtain a change of use permit, the owners of the poker rooms Lisa and Michael Withrow have signed a final agreement with Churchill Downs, a company of racing entertainment, online betting and more games. known for the Kentucky Derby, its flagship event.

The transaction is expected to close during the second quarter of this year pending approval by the New Hampshire Lottery Commission and other usual conditions.

In 2021, New Hampshire authorized existing charity operators to offer historic horse racing to licensed facilities. Churchill Downs plans to take advantage once the deal with the Chasers is finalized, according to a press release.

Members of the Salem Planning Board this week received letters from Churchill Downs supporting the new location, as well as from out-of-state officials who have seen the benefits of similar projects.

In addition to concerns about parking and traffic, members of the Planning Board have also requested a range of walkability in the area, including if sidewalks are needed.

Online Poker: Here are the best Sunday tournaments on May 1st

Manchester City: Trainer Pep Guardiola will be back in 2025