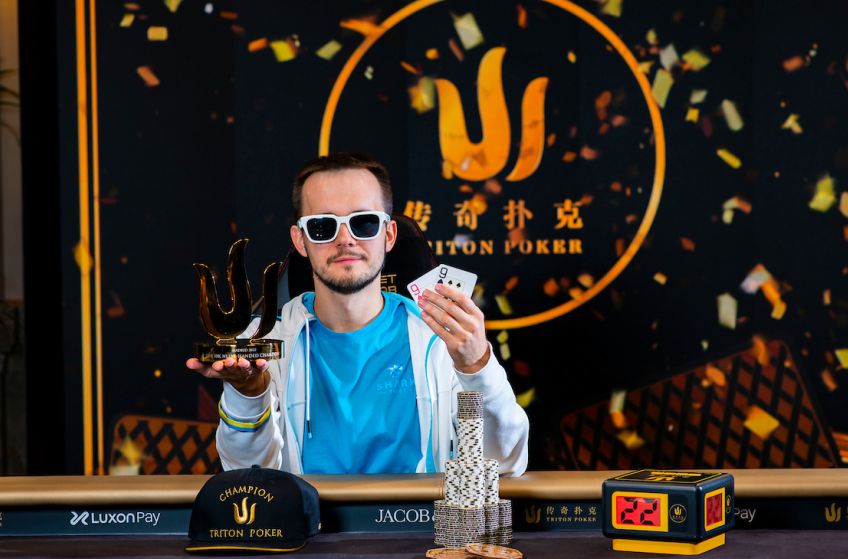 Triton Poker Series Madrid, the € 50,000 NLHE is won by Badziakouski

Unfortunately, on the final day of the 50,000-euro No Limit Hold’em 7-Handed buy-in (101 entries for more than 5 million euros in prize pools), the Swiss, online poker star Linus’ LLinusLLove ‘Loeliger. The chip leader of Day1 in fact gave up when they were 8 left to compete for victory.

In the end, the title of the champion and the over 1.3 million euros of the loot were taken home by a wild Mikita Badziakouski (Cover Photo), already a career winner of 3 other Triton Series events.

The Belarusian, who started second in chips, continued to play well, eliminating player on player, and thus landed in the decisive head-up then won against a still excellent Danny Tang, second for a prize of 932,000 euros.

Third was Fedor Holz, in the money also Adrian Mateos and Phil Ivey

German superstar Fedor Holz, third for 616,000 euros, also climbed the podium, while he stopped a step below the Canadian Mike Watson. Notable among these are the placement in the money of the Spaniard, Teammate of our ‘Mustache’, Adrian Mateos and the American, the legend of world live poker, Phil Ivey.

Patrik Antonius and Erik Seidel ended up out before the bubble burst.

Here is the official payout of Event # 6 of the Madrid Triton Series:

Online Poker | GGOC: No Glory for the DACHs